I have not held my breath waiting for something to be done about gun violence. I’m too old to believe that something, anything, would get done. Despite the bi-partisan group trying to solve this, the word gun isn’t even mentioned. Already, the feeble framework they agreed upon has run into some objections from Republicans. In any case, they are hardly talking about anything serious. What about the reported 400 million guns already in homes around the country? They, too are available to the violent.

I suggest the following, which would not violate the so-called right to bear arms and the sanctity of the 2nd amendment. First, all guns should be registered in a national registry. Second, every gun owner must have liability insurance. And make the penalty severe for not doing so. I’m sure the insurance companies would love this and the premiums set by the insurance industry would certainly discourage (but not prevent) gun ownership. Perhaps, in the interest of national security, the President could impose this with an executive order.

Another point, one congressman ( I don’t remember who) proposed a bill imposing a 1000% federal tax on guns purchased. He suggested that it could be passed using reconciliation (simple majority) since it’s a financial bill. What happened to it? It could be very effective limiting purchases.

American exceptionalism? Guns and Trump! We should be proud.

Can someone tell me why we were so agressive defending Kuwait with 200,000 troops but now we say Ukraine is not part of NATO so we don’t really care to send our soldiers to fight there. All you have to do is look to know that’s wrong.  If we don’t put Putin away now, we will only have to do it later, just like the 1930’s.

Looking for a great film.  Try The Reader. A brilliant performance by Kate Winslet and her teenage lover David Kross.  It leads to her trial of Nazi war crimes. We saw it on HBO Max but it’s available elsewhere.

Global Warming is Not a Joke

Climate change is real and vicious. We can look forward to more frequent Ida-type hurricanes. As a meteorologist, I know that warm water fuels hurricanes. In the past, Caribbean hurricanes were mitigated by churning up the water so that cold water came to the top, reducing intensity. Now, because of warming, the warm water goes down many meters so that the churning doesn’t bring cold water up. The result is intensification of hurricanes before they make land fall. We are getting much better at predicting their movement but so what. This is a disaster and if we don’t take global warming seriously and do something, it won’t be long before there is no Gulf Coast.

How Many Get This 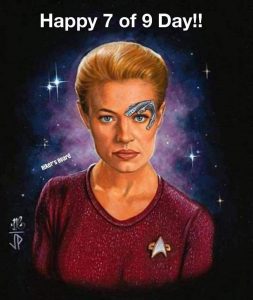 Federal Government Should Pull Out of Texas

President Biden should play hardball. He should close down the Johnson Space Center and Kelly AFB. Also, he could have military hospitals giving abortions.  We can’t let this asshole Abbott do what he is doing.

Since my legs and knees have been bothering me, I have taken to swimming laps in a 25 meter pool daily. My friend Carl Trop touted me onto underwater headphones with 8GB memory. FINIS DUO is the product. I load it up with MP3 files, charge it, attach the phones to my goggles and the phones rest on my cheekbones. The sound is conveyed through the cheeks and is amazing underwater. Today I swam 20 laps, (a kilometer) listening to Horowitz playing Scarlatti and Pollini playing Shubert.  The laps flew by. Frankly, I still can’t believe I can even swim that far.

The years I lived in Italy were probably the happiest of my life.  Even though I worked my ass off, I always felt I was on vacation. Writing my book MOFFETT’S WIFE which takes place in the Italy of my mind was not only fun, it made me recall memories which are as vivid now as they were many years ago. It was easy to create the environment in the book because the memories flowed, each one created another. The book is about a woman whose son is wrongly charged and convicted of the murder of his business partner.  She is frantic and takes matters into own hands with an unusual plot to find the real criminal.

Since my legs have begun to fail me, I have been swimming laps every morning.  My friend Carl Trop suggested I get a FINIS DUO, underwater head set.  He let me try one of his.  It was life changing.  I bought one and now every morning, I have these speakers sitting on my cheekbones attached to my swim goggles. I have been listening to Neil deGrasse Tyson’s book “Astrophysics for People in a Hurry” while swimming which eases the boredom of the line at the bottom of the pool I follow. Anyone who swims for exercise should try one.

I drew from my experience as a meteorologist back in my Air Force days to give some spice to my novel “A LONG DRUNK AND A BREAKFAST” I did that for six months flying into one hurricane 12 times for a temporary hazard pay of $150 a month.  Sounds puny, right?  But my monthly salary as a First Lieutenant was $335.  The extra cash was significant.  It wasn’t as scary as you might imagine.  Get a copy of my book with the link button on the FICTION page of this website.